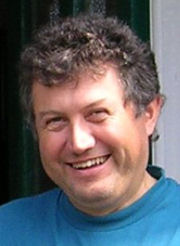 James Hayward was born in Preston, Lancashire. A passion for classical music grew in his late teens and he took extra-mural lessons in the Music Department while reading Psychology at Reading University. Finding his style as a composer in his early twenties he studied composition in his spare time while based in London and developed skills in computerised sequencing and scoring music.

Returning North in 1998 he joined the Lakeland Composers association in 2005, where he was mentored by the late Arthur Butterworth and produced several works for small ensembles including sonatas for Violin, Cello, Viola and Piano Trios. Recent compositions include two symphonies and several song cycles. For James, composing music is an vital activity complementing his professional life.