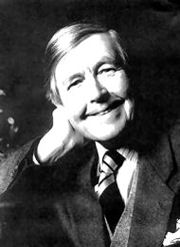 Arthur was a prolific member of the Lakeland Composers and completed more than one hundred opuses. A Mancunian, he lived in the North West for more than 50 years.

Often described as "Northern Impressionism", virtually all his music was the outcome of a contemplation of the aura of Northern England. Although acutely aware of the far-reaching developments of the avant-garde, his allegiance as a composer remained fundamentally within the tradition of English music of the early twentieth century.

Arthur studied conducting and trumpet as well as composition (with Richard Hall) at the Royal Manchester College of Music and played trumpet with the Scottish National Orchestra (1949-55) and with the Halle (1955-62). He was appointed conductor of the Huddersfield Philarmonic Society (1964-93) and has also had a long association with the Settle Orchestra.

His orchestral works include seven symphonies, concertos for organ, violin, viola, cello, basson and trumpet, and shorter pieces - such as Northern Summer Nights, The Path Across The Moors, The Quiet Tarn, Kendal Clock, A Dales Suite and Moors Suite - whose titles reflect his predeliction for Northern England. He noted Elgar, Holst, Bliss, Ireland, Finzi and Bax as well as Vaughan Williams as composers from whose music he has received inspiration, but he also felt spiritual kinship with Sibelius and other Nordic composers - hence titles such as Ragnarok, Odin and Beowulf. A full list of his works can be found in Comus Edition. He also wrote extensively for brass band and other smaller ensembles and there are many contributions to critical writing about music in a regular column.