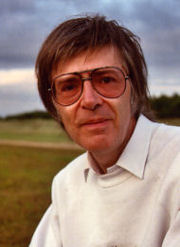 Adrian Self was born in 1952 and grew up in Somerset and Cornwall. He is a graduate of Southampton and Huddersfield Universities and a Fellow of the Royal College of Organists and Trinity College.

After teaching for a number of years, he joined the Music Department of Oxford University Press before moving to Cumbria in January 1990 to become Director of Music at Cartmel Priory. In 1995 he set up animus music publishing, which now includes more than 200 titles in its catalogue.