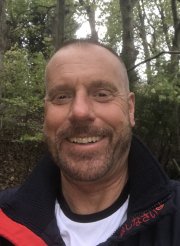 Robin was born in Preston, Lancashire and studied piano with Martin Roscoe and Peter Donohoe, organ with Keith Jarvis and Graham Cummings and composition with Arthur Butterworth and Peter Clare at the Huddersfield School of Music. After teaching in a number of schools in the North West, Robin eventually became Headteacher of a Performing Arts School. Now retired from full-time teaching, he devotes his time to private tuition in piano, organ, composition, music theory and accompaniment,

Robin is also Musical Director for a number of choirs, theatres and groups in the North West as well as maintaining his work as a recitalist on piano and organ and accompanist for smaller and group performers. He has composed a number of works for choirs, solo instrumental and larger ensembles, many of which have been performed in the area.